Growing up in an Indian family, where my grandmother had natural remedies for everything, I always find myself comparing modern medicine to traditional medicines that have been used for thousands of years by our ancestors.

But hang on, don’t get me wrong! I’m not here to tell us all about how traditional medicine is way more natural or modern medicine is based on reliable scientific evidence, while I’m sipping my golden drink at 7 o’clock in the morning!

The Trend & What I’ve Been Exposed To…

Not long ago did this pungent, bitter and yellow powdery spice – Turmeric, catch my attention, as there is so much hype about it everywhere these days!

Traditionally, turmeric is a key spice or ingredient in majority of Indian cooking and grows in abundance in Southeast Asia.

Now when I look back, my grandmother’s Indian dishes never missed out on this golden spice and she used to make me drink a glass of warm turmeric milk every night before bed, as she told me that it was good for inflammation and wound healing. After all, nannas and mammas know best!

And of course, I have seen many Indian weddings, where it is a ceremony in itself that the brides are lathered with turmeric mask for that beautiful bridal glow, a day before their wedding.

The Official Good Side of Gold, Briefly…

So we already know that turmeric has so many health benefits, particularly it’s anti-inflammatory properties, and we also know that there are numerous studies to prove the benefits of this ancient spice. Let’s find out what they are!

Curcumin is the constituent present in turmeric that makes this spice a motive towards research and according to a review article that I found by Gupta et al in 2013, numerous clinical tries have shown the effectiveness of curcumin in treating or reducing symptoms in a lot of human diseases. Out of the extensive list given in the article, the following are a few conditions that I thought are commonly seen in our day-to-day lives and I’m sure would sound familiar to all of us:

All of the studies and clinical trials involved the intake of curcumin, either orally in appropriate dosages alone, in conjunction with other medications or as an ointment for topical use, by the participants. Majority of the participants showed significant reduction in symptoms in all of the above categories and more.

A considerable amount of evidence has been shown to prove that curcumin has the ability to alter the cell signaling processes of a lot of inflammatory mediators, thus reducing the symptoms of all these chronic and inflammatory conditions.

There are still a lot of ongoing clinical trials all around the world that were mentioned in this reading, with more number of test subjects, in order to continue to represent the general population that suffer from these conditions.

Apart from the tablet or capsule forms of turmeric that are available in pharmacies and health food stores, how else can we benefit from turmeric in our daily lives? Through food of course! Ahem ahem…. you’re hearing this from the right person! I’m kidding…

Spice Up Your Kitchen!
There are numerous soup, stir-fry, curry, and etc. recipes on the Internet that has turmeric as one of the ingredients to give that delicious flavor and yellow tinge to anything we cook!

#Whisper: Coffee or café lovers alert! I was told that some cafés now serve turmeric lattes!!! (I should tell my Nan about this, she’ll immediately say – I told you so!)

And, lastly, I’m leaving you with this satisfying creamy cup of golden goodness!

Notes:
For those who are not big fans of tea, you can omit it from the recipe
If preferred creamier, use either milks instead of water
If any of the spices are too strong, you can reduce them to liking

Now you know what my cup of golden goodness was this morning!
References: 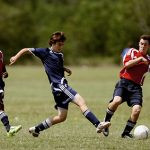 What is best for my injury? Ice or Heat?

Is the deep squat position bad for you? Observations from incredible India. 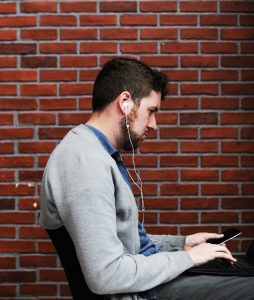